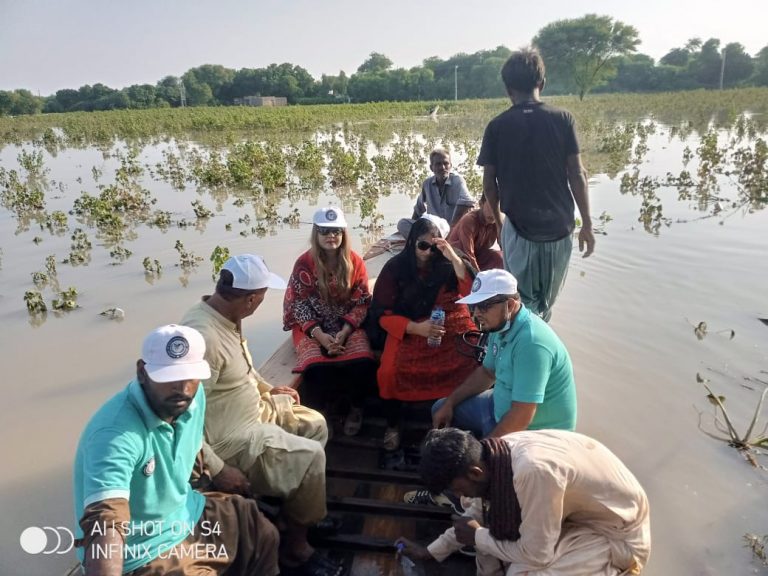 Institute of International Peace Leaders team in collaboration with Pak Saudi Friendship Forum has visited Usman Machhi Goath which is accessible only on boats to distribute food items. The food items were donated by Ch. Kharayat Hussain, Honorary President IIPL. The team includes Muhammad Saeed Qaimkhani, Shabnam Khanzada, Sabeen Javaid, Muhammad Asif and others. The team distributed food in different areas on boat in 550 families which are living in tents. The living conditions of the area are devastating and vulnerable. One person from the village talked to IIPL team telling that two children died recently, one due to Malaria and other due to biting of snake. The village is totally surrounded by water, diseases are increasing. 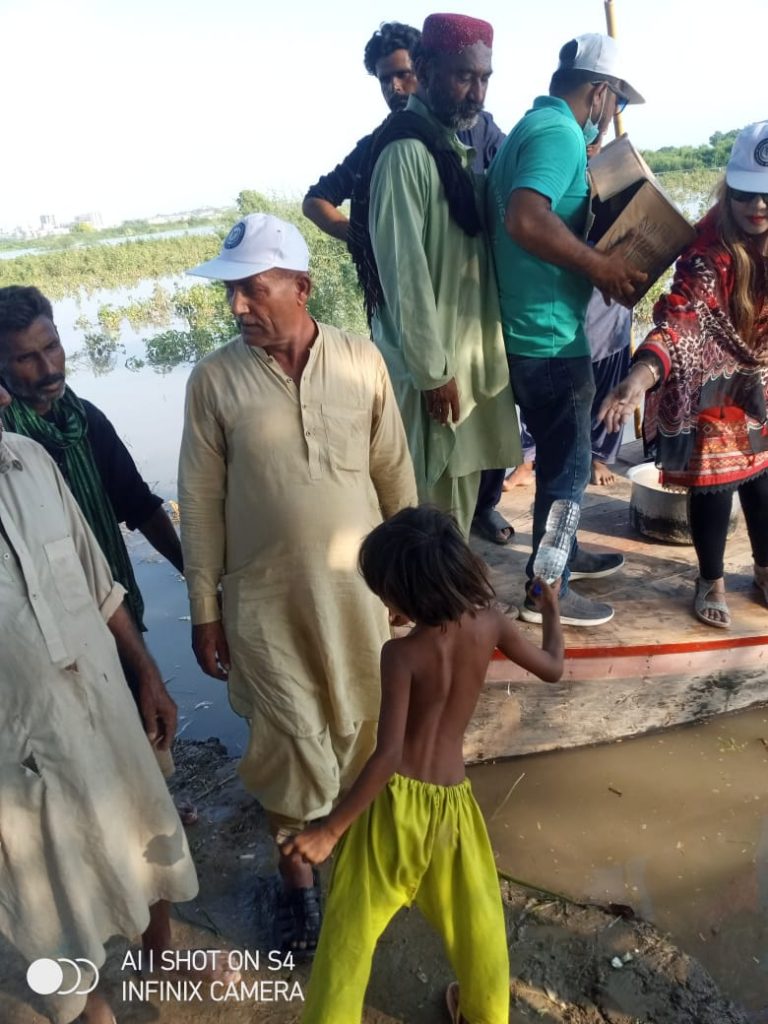